How to let a populist beat you, over and over again. 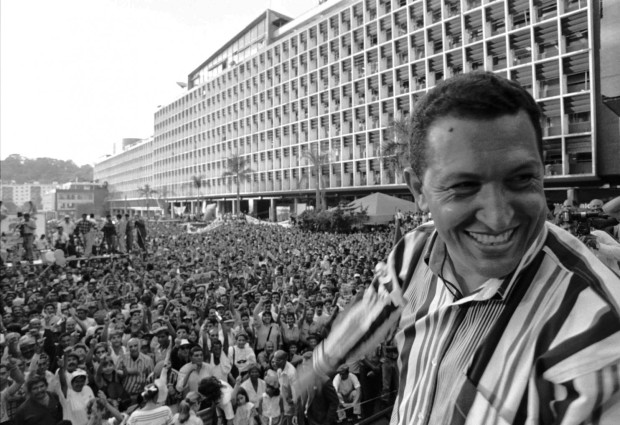 Hugo Chavez was a populist, too. His opponents never figured out how to beat him. (AP Photo/Jorge Santo) 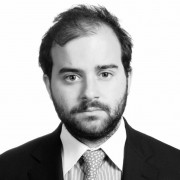 Andrés Miguel Rondón is an economist living in Madrid. He is a Venezuelan citizen who was born and raised there.
Follow @amrondon

Donald Trump is an avowed capitalist; Hugo Chávez was a socialist with communist dreams. One builds skyscrapers, the other expropriated them. But politics is only one-half policy: The other, darker half is rhetoric. Sometimes the rhetoric takes over. Such has been our lot in Venezuela for the past two decades — and such is yours now, Americans. Because in one regard, Trump and Chávez are identical. They are both masters of populism.

The recipe for populism is universal. Find a wound common to many, find someone to blame for it, and make up a good story to tell. Mix it all together. Tell the wounded you know how they feel. That you found the bad guys. Label them: the minorities, the politicians, the businessmen. Caricature them. As vermin, evil masterminds, haters and losers, you name it. Then paint yourself as the savior. Capture the people’s imagination. Forget about policies and plans, just enrapture them with a tale. One that starts with anger and ends in vengeance. A vengeance they can participate in.

That’s how it becomes a movement. There’s something soothing in all that anger. Populism is built on the irresistible allure of simplicity. The narcotic of the simple answer to an intractable question. The problem is now made simple.

The problem is you.

How do I know? Because I grew up as the “you” Trump is about to turn you into. In Venezuela, the urban middle class I come from was cast as the enemy in the political struggle that followed Chávez’s arrival in 1998. For years, I watched in frustration as the opposition failed to do anything about the catastrophe overtaking our nation. Only later did I realize that this failure was self-inflicted. So now, to my American friends, here is some advice on how to avoid Venezuela’s mistakes.

Populism can survive only amid polarization. It works through the unending vilification of a cartoonish enemy. Never forget that you’re that enemy. Trump needs you to be the enemy, just like all religions need a demon. A scapegoat. “But facts!” you’ll say, missing the point entirely.

What makes you the enemy? It’s very simple to a populist: If you’re not a victim, you’re a culprit.

During the 2007 student-led protests against the government’s closure of RCTV , then the second-biggest TV channel in Venezuela, Chávez continually went on air to frame us students as “pups of the American Empire,” “supporters of the enemy of the country” — spoiled, unpatriotic babies who only wanted to watch soap operas. Using our socioeconomic background as his main accusation, he sought to frame us as the direct inheritors of the mostly imagined “oligarchs” of our fathers’ generation. The students who supported Chavismo were “children of the homeland,” “sons of the people,” “the future of the country.” Not for one moment did the government’s analysis go beyond such cartoons.

[Trump is stress-testing how we think about American democracy]

The problem is not the message but the messenger, and if you don’t realize this, you will be wasting your time.

Don’t feed polarization, disarm it. This means leaving the theater of injured decency behind.

That includes rebukes such as the one the “Hamilton” cast gave Vice President-elect Mike Pence shortly after the election. While sincere, it only antagonized Trump; it surely did not convince a single Trump supporter to change his or her mind. Shaming has never been an effective method of persuasion.

The cast of “Hamilton” delivered a message to Vice President Pence from stage after he watched the show at Richard Rodgers Theatre in New York on Nov. 18. Pence was booed by some audience members when he first walked in. (Twitter/Hamilton via Storyful)

The Venezuelan opposition struggled for years to get this. We wouldn’t stop pontificating about how stupid Chavismo was, not only to international friends but also to Chávez’s electoral base. “Really, this guy? Are you nuts? You must be nuts,” we’d say.

The subtext was clear: Look, idiots — he will destroy the country. He’s blatantly siding with the bad guys: Fidel Castro, Vladi­mir Putin, the white supremacists or the guerrillas. He’s not that smart. He’s threatening to destroy the economy. He has no respect for democracy or for the experts who work hard and know how to do business.

[How fascist is Trump? There’s actually a formula for that.]

I heard so many variations on these comments growing up that my political awakening was set off by the tectonic realization that Chávez, however evil, was not actually stupid.

Neither is Trump: Getting to the highest office in the world requires not only sheer force of will but also great, calculated rhetorical precision. The kind only a few political geniuses are born with and one he flamboyantly brandishes.

“We are in a rigged system, and a big part of the rigging are these dishonest people in the media,” Trump said late in the campaign, when he was sounding the most like Chávez. “Isn’t it amazing? They don’t even want to look at you folks.” The natural conclusion is all too clear: Turn off the TV, just listen to me. The constant boos at his rallies only confirmed as much. By looking down on Trump’s supporters, you’ve lost the first battle. Instead of fighting polarization, you’ve played into it.

The worst you can do is bundle moderates and extremists together and think that America is divided between racists and liberals. That’s the textbook definition of polarization. We thought our country was split between treacherous oligarchs and Chávez’s uneducated, gullible base. The only one who benefited was Chávez.

Our opposition tried every single trick in the book. Coup d’etat? Check. Ruinous oil strike? Check. Boycotting elections in hopes that international observers would intervene? You guessed it.

Look, opponents were desperate. We were right to be. But a hissy fit is not a strategy.

The people on the other side — and crucially, independents — will rebel against you if you look like you’re losing your mind. You will have proved yourself to be the very thing you’re claiming to be fighting against: an enemy of democracy. And all the while you’re giving the populist and his followers enough rhetorical fuel to rightly call you a saboteur, an unpatriotic schemer, for years to come.

To a big chunk of the population, the Venezuelan opposition is still that spoiled, unpatriotic schemer. It sapped the opposition’s effectiveness for the years when we’d need it most.

Clearly, the United States has much stronger institutions and a fairer balance of powers than Venezuela. Even out of power, Democrats have no apparent desire to try anything like a coup. Which is good. Attempting to force Trump out, rather than digging in to fight his agenda, would just distract the public from whatever failed policies the administration is making. In Venezuela, the opposition focused on trying to reject the dictator by any means possible — when we should have just kept pointing out how badly Chávez’s rule was hurting the very people he claimed to be serving.

Don’t waste your time trying to prove that this grand idea is better than that one. Ditch all the big words. The problem, remember, is not the message but the messenger. It’s not that Trump supporters are too stupid to see right from wrong, it’s that you’re more valuable to them as an enemy than as a compatriot. Your challenge is to prove that you belong in the same tribe as them — that you are American in exactly the same way they are.

In Venezuela, we fell into this trap in a bad way. We wrote again and again about principles, about separation of powers, civil liberties, the role of the military in politics, corruption and economic policy. But it took opposition leaders 10 years to figure out that they needed to actually go to the slums and the countryside. Not for a speech or a rally, but for a game of dominoes or to dance salsa — to show they were Venezuelans, too, that they weren’t just dour scolds and could hit a baseball, could tell a joke that landed. That they could break the tribal divide, come down off the billboards and show that they were real. This is not populism by other means. It is the only way of establishing your standing. It’s deciding not to live in an echo chamber. To press pause on the siren song of polarization.

Because if the music keeps going, yes — you will see neighbors deported and friends of different creeds and sexual orientations living in fear and anxiety, your country’s economic inequality deepening along the way. But something worse could happen. In Venezuela, whole generations were split in two. A sense of shared culture was wiped out. Rhetoric took over our history books, our future, our own sense of self. We lost the freedom to be anything larger than cartoons.

This does not have to be your fate. You can be different. Recognize that you’re the enemy Trump requires. Show concern, not contempt, for the wounds of those who brought him to power. By all means, be patient with democracy and struggle relentlessly to free yourself from the shackles of the caricature the populists have drawn of you.

It’s a tall order. But the alternative is worse. Trust me.

A version of this article originally appeared on Caracas Chronicles.